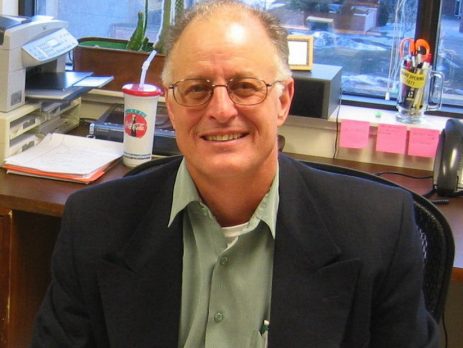 Recently we lost one of our founders and close co-workers, Steve Day.  Many of us at Geo-Solutions knew Steve for over 30 years going back to the Geo-Con days.  Steve was a driven, hard working leader in our industry that helped make Geo-Solutions what it is today.  We will truly miss him!

Steve passed away from a long battle with Multiple System Atrophy (MSA), on February 26 in Portland Oregon.  He is survived by his wife Mary, daughter Sara (Chris Wells), son Adam (Emily) and 4 grandchildren.

Steve was born in Sioux Falls SD on December 8, 1950.  He began his career in 1973 after graduating from South Dakota State University, partnering with his father in their family utility and excavating company.  Steve was further educated at University of Utah (BSCE 1981), University of Texas (MSCE 1984).  His early career was as a project engineer working for Kiewit Construction company.  Most of his career was spent with specialized geotechnical contracting firms.  He joined the Pittsburgh-based firm, Geo-Con in 1984, worked for Inquip Associates for a couple of years starting in 1998, and then finished his career with Geo-Solutions Inc, also a Pittsburgh-based company, starting in 2000.  He retired from that firm in 2016.

Steve was an excellent geotechnical engineer.  He was renowned for his ability to apply innovative thinking to the application of specialized construction techniques to provide cost-effective solutions to difficult problems involving soil and groundwater.  He was expert at designing the material components for groundwater barrier projects and many of the methodologies that he devised for testing of proposed mixes have been enshrined in specifications typically used for today’s construction of slurry walls.  When Geo-Con introduced the concept of biopolymer slurry drainage trench construction, Steve became the world’s leading authority on the use and maintenance of the specialized slurries used for this method.  Geo-Con was also the first firm to introduce deep soil mixing technology into the US and the first firm anywhere to expand that use to large diameter auger mixing systems and environmental projects.  It was Steve that tackled the most difficult design issues and found reagent formulations that could stabilize or treat the worst contaminated soil profiles.

Steve’s project experience spanned the entire US and Canada as well as several foreign countries (Italy, Barbados, Australia).  Landmark projects that he worked on included: