Geo-Solutions (GSI) implemented an In-Situ Stabilization/Solidification (ISS) Pilot Test in Westlake, Louisiana. The Owner of the site has been monitoring this area and the area to the north since to a release of 1,2-dichloroethane (EDC) from an aboveground pipeline in 1994. GSI has been involved with this site for multiple years having previously assisted with cost estimating and bench scale studies.

• Perform In-situ Solidification from a 4 foot pre-excavation to a maximum depth of 45 feet below ground surface using a Portland cement grout.
• Evaluate the full scale procedures for implementation of ISS with a vapor shroud at this site
• Evaluate the ability of full scale mixed materials to achieve the target property improvement objectives (after 28+ days of curing):
o Hydraulic conductivity less than or equal to 1×10-7cm/sec
o Unconfined compressive strength (UCS) greater than or equal to 25 psi
o Leachability improvement
• Evaluate the procedures needed to safely perform a full scale ISS project at this site

GSI performed the installation of 8 eight-foot diameter soil mixed columns in 2 separate treatment areas. ISS was performed using a drill platform mounted on a 777 Manitowoc crawler crane equipped with an 8 foot single flight auger mounted on the end of a hollow stem Kelly bar. Portland Cement (PC) and water were mixed in GSI’s onsite batch plant and then injected into the soil. In order to mitigate the escape of volatile organic compounds (VOCs), GSI used a vapor extraction system (VES) consisting of a shroud over the soil mixing column connected to a blower that extracted vapors from the shroud. Before being released to the atmosphere, the blower forced the vapors through a detonation arrestor and 2 carbon vessels, each containing 1,000 pounds of granular activated carbon. The system was fitted with Tedlar sampling ports, temperature probes, and a nitrogen purging system. A pneumatic foam system was also used, as needed, to mitigate nuisance odors. 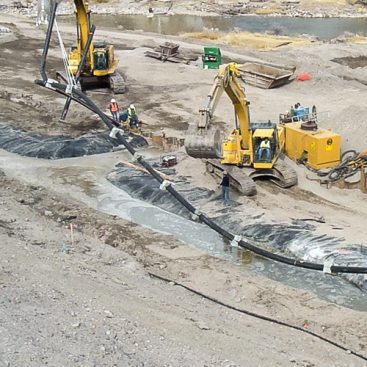 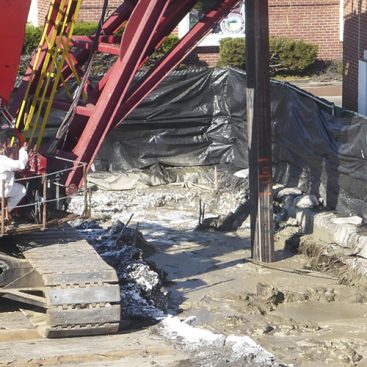 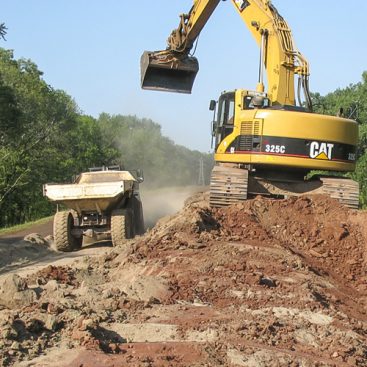 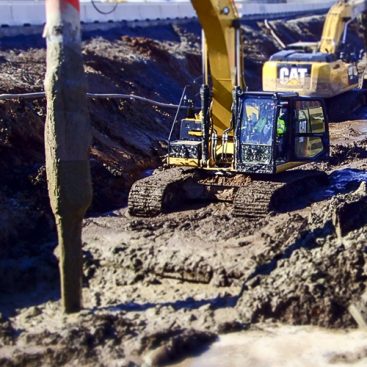