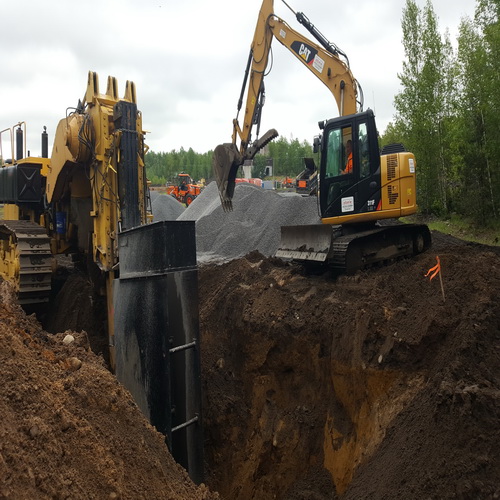 The J&L Steel Site is a former iron ore processing plant located in Star Lake, New York.  The property was purchased in 1946 and operated until 1976, during which a substantial amount of fuel oil had leaked into the ground and adjacent Little River.  The site has had previous mitigation efforts installed which had previously collected an estimated 300,000 gallons of fuel oil.

Geo-Solutions was contracted to install an interceptor trench that would collect the fuel oil contaminated groundwater prior to reaching the Little River.  Geo-Solutions also installed 25 wells in the trench for use by the EPA to install vents to volatilize collected fuel oil.

Due to the nature of the soils, the trench alignment had been pre-trenched and the soils screened prior to Geo-Solutions’ mobilization.  Geo-Solutions used our Geo-Trencher to complete the installation which excavates the soil and backfills the trench in one pass.  The Geo-Trencher excavated soils to a calculated design depth, and with the use of the backfill hopper and boot, filled the void created with NYSDOT #1 Stone. 25 vertical wells were then installed by Geo-Solutions’ subcontractor using hollow stem augers, along the complete length of the trench at 50 foot increments. A woven geo-textile fabric was placed across the entire foot print of the trench and capped with 3 feet of clean soil from the trenching process. Each well received a protective steel cover and a concrete pad. 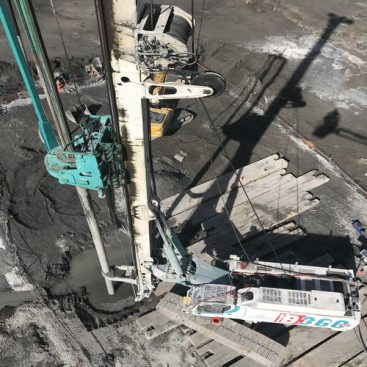 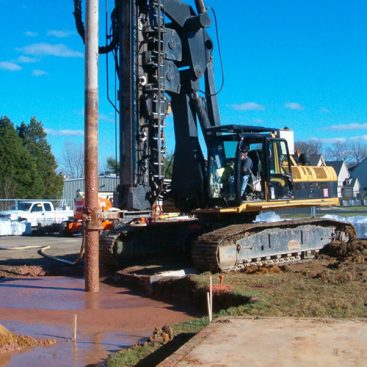 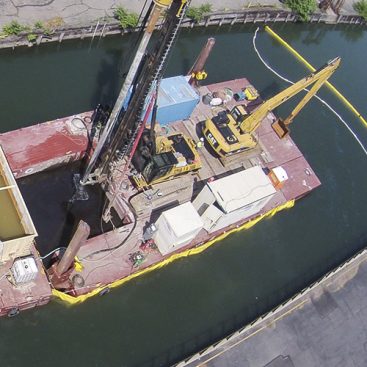 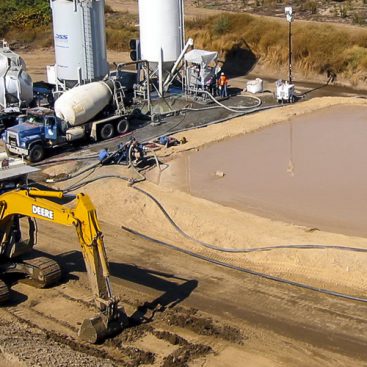