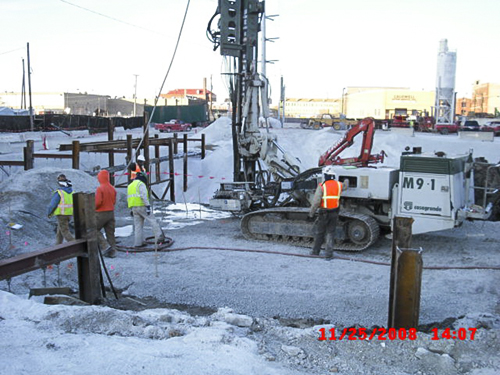 This southwest Chicago site was historically utilized as a manufactured gas plant (MGP) by the Peoples Light and Gas Company.  MGPs manufactured gas from coal for lighting, heating and industrial processes in the days before natural gas was extracted from the earth.  This particular site ceased operations in 1941 leaving behind contaminants throughout its area to depths exceeding 30-feet.  Free-contaminants were in the form of light and dense non-aqueous phase liquids present as coal tars.  Work began at the site in 2005 with the primary remedial action being excavation and disposal of effected soils.  Clean soils and aggregates were imported to the site and used to restore the subgrade.

Alternative means of confining contaminants was necessary in the northeast section of the site.  This area contained a gas holder unable to be equitably removed due to its proximity to several underground and overhead utilities.  Three 185kv buried electrical lines, a 30-inch natural gas line, an AT&T fiber optics bundle line as well as several potable water and sewer mains are buried in the area.  This situation was exacerbated further by an adjacent Norfolk Southern railway line and the presence of a 385kv electrical line and several communication lines overhead.

Geo-Solutions field crews and equipment were brought to bear in this sensitive area utilizing jet-grouting technology as a means to segregate the effected soils from adjacent clean soils.  A matrix of over 350 jet-grouted panels was installed around the perimeter of the holder as well as under and around the many utilities which remained in place.  The installed matrix exceeded the design permeability of 1×10-7 throughout its area effectively cutting-off the contaminants.  By the end of the six-week installation no movement of the railway was experienced and not a single utility was impacted.  No health and safety issues were encountered. Geo-Solutions successfully provided closure to the most complicated portions of the remedial action, all during one of the coldest Chicago winters on record. 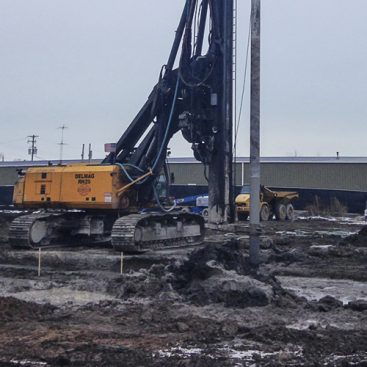 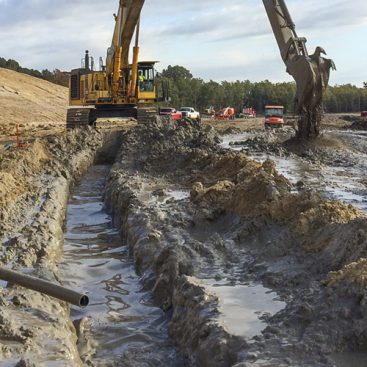 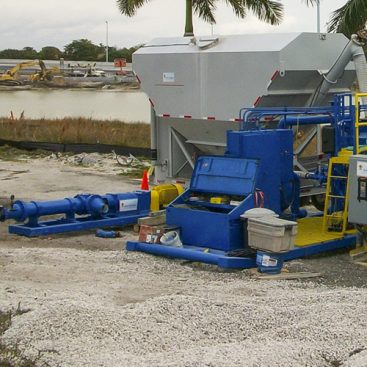 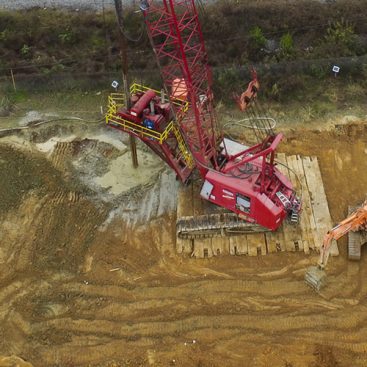