Significant features of this funnel and gate groundwater control system:

This site is located on Andrews AFB (AAFB) in Northern Maryland, just outside Washington, DC.  AAFB is home to the 89th Airlift Wing as well as the 79th Medical Wing of the United States Air Force (USAF).  The USAF contracted URS Corporation (URS) through The Air Force Center of Engineering Excellence (AFCEE) to support a remedial action at the LF-05 site, a former landfill on base also known as the Leroy’s Lane Landfill.  Geo-Solutions was contracted to perform the underground barrier and PRB installation.  Geo-Solutions worked with URS engineers and personnel in Herndon, Virginia, Pittsburgh, Pennsylvania and Salt Lake City, Utah to bring this project to the field.

Geo-Solutions’ work on the project is scheduled to commence after initial site work is completed by URS personnel.  The funnel and gate system at Andrews Air Force Base (AAFB) was designed to be installed to an invert elevation of 224 feet above mean sea level, approximately 37 feet below most of the prepared work platform.  The three funnel portions of the application were designed to be installed as low permeability soil-bentonite (SB) slurry walls.  Two gate sections are to be installed as permeable reactive barriers (PRBs) utilizing the bio-polymer slurry wall method.  Excavation depths of up to 41 feet below the ground surface (bgs) are expected to account for deviations in the final elevation of the work pad prepared by URS.  Geo-Solutions executed excavation of both the funnel and gate portions of the project to the designed depths using a long-reach hydraulic excavator.  The overall construction approach consists of the following definable features of work: 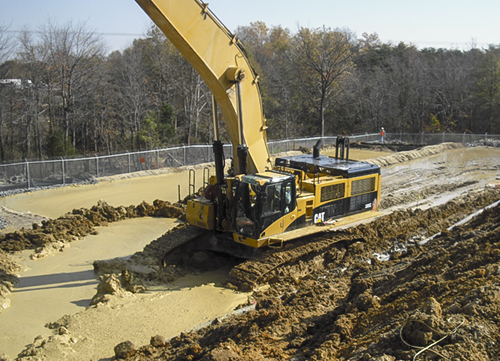 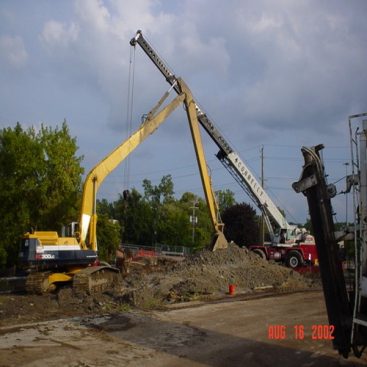 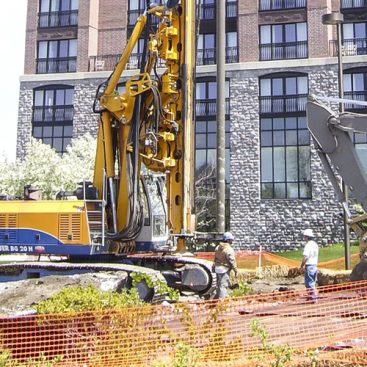 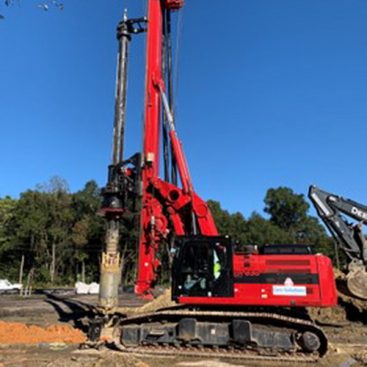 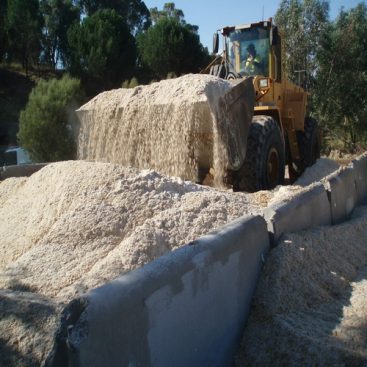