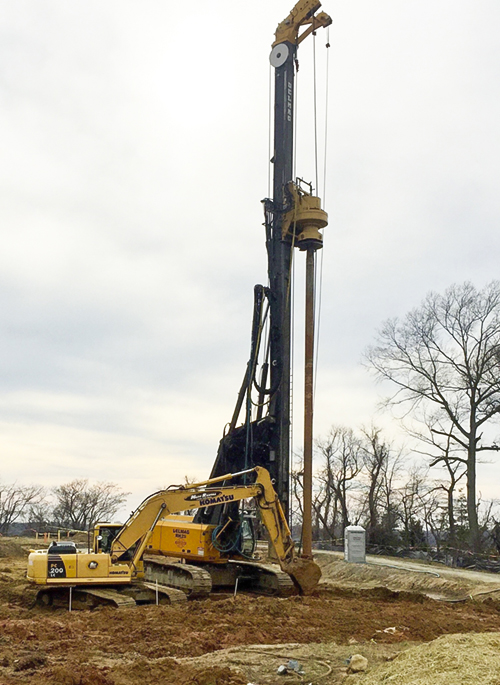 Geo-Solutions was sub-contracted to perform in-situ soil mixing as part of the soil remediation project at the Maxwell Point site located at the Aberdeen Proving Grounds in Maryland. The Site was historically used for smoke and fog testing and training, temporary storage of hazardous materials, quality assurance proof-testing, and disposal of potentially contaminated materials. The contaminants of concern were metals and chlorinated and petroleum hydrocarbons.

Geo-Solutions completed the in-situ soil mixing using a Delmag RH-28 Drill Rig equipped with a 10-foot diameter mixing auger. The soil mixing was completed from the work platform to approximately 22 feet below grade. Soil mixing was performed with a blend of three reagents: Zero Valent Iron (ZVI), soda ash, and Emulsified Vegetable Oil (EVO). The target ZVI addition was 0.5% by weight of soil. In order to perform the injection, the reagents were suspended in a guar slurry and then pumped through the ports in the mixing auger. Geo-Solutions’ batch plant consisted of two mixing tanks with scales, multiple transfer pumps, reagent storage bins, and a moyno pump.

In total, 154 columns were installed for a total treatment volume of approximately 9,788 CY. Geo-Solutions performed quality control sampling and testing on the slurry mix and treated soils. Slurry samples were collected from the batch plant and tested for viscosity and density. Wet grab samples were collected from the freshly mixed columns using a retrieval attachment on the auger. Magnetic particle separation testing was performed on the collected soil samples to ensure the target ZVI addition was being achieved. 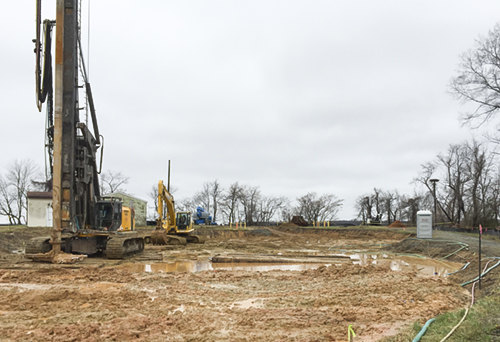 Weather proved to be the biggest adversary for completing the project. Mobilization was delayed due to inclement weather and multiple production days were lost during the course of the work. In addition, due to the poor conditions of the work platform, crane mats were used throughout the duration of the project to support the drill rig. Other challenges included following daily security protocols at the base, suspending the ZVI in the guar slurry, and pumping the river water to the batch plant. 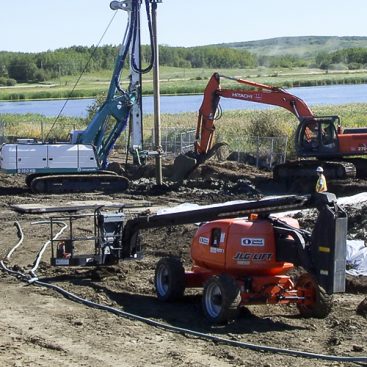 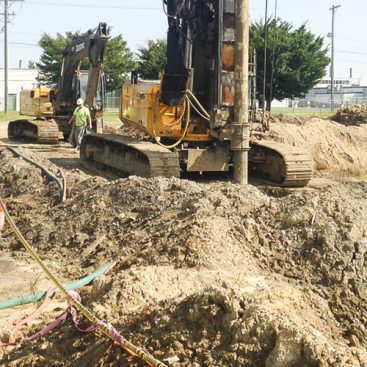 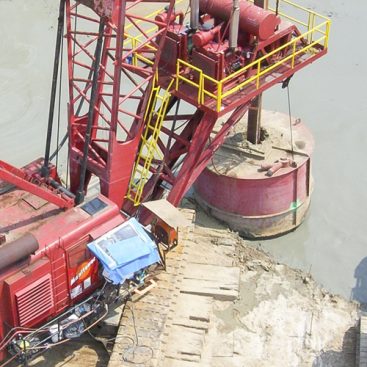