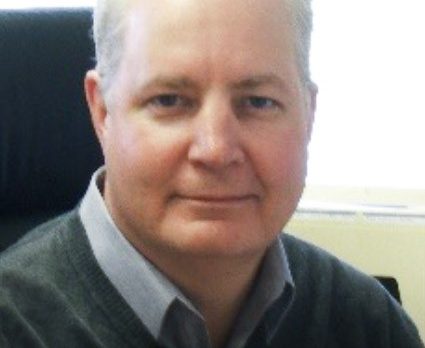 It is with tremendous sadness that we must announce the passing of our CEO, friend, mentor, and business partner, Bob Schindler, on December 12, 2022.

Bob was born in Pittsburgh, PA on October 31, 1963.  He was the son of Robert J. and Mary Lou Gates Schindler, beloved husband of Karen L Schindler for 32 years, father of Sara (Aaron) Skalos & Nick Schindler and the late Kristine Schindler, and proud grandfather of Brooks Skalos. He graduated from Shaler Area High School and went on to earn a bachelor’s degree from Gannon University in Erie, PA. At Gannon, Bob was a member of the Sheiks Fraternity and played hockey. He continued playing hockey into adulthood in various adult leagues. He also enjoyed playing golf, hunting, and racing cars in his free time. He was a member of the Treesdale Golf and Country Club in Gibsonia, PA and raced with the PittRace Garage Recon Race Group.

After college, Bob pivoted from his Electrical Engineering degree into a burgeoning environmental remediation industry. Bob started in the industry with GSE, a liner manufacturer/installer in Houston, TX, as a superintendent overseeing liner installations. From there he went on to work at Geo-Con Inc., eventually working his way up the ranks to Vice President.  After a tumultuous period of ownership, Bob pivoted to an upstart company, Geo-Solutions, Inc.  At Geo-Solutions, Inc. he was influential in growing the company and expanding into full service environmental and geotechnical construction. He was later instrumental in the acquisition and merger of Geo-Con Inc., bringing the two companies with deep shared roots back under the same roof.  Bob served as the President and CEO of the combined company, operating under the Geo-Solutions, Inc. name, from 2013 through 2018 and as the CEO from 2019 until his passing.  When Bob joined Geo-Solutions, Inc., the company was relatively small with revenue under $10M. Bob’s leadership and influence helped significantly grow the company. Bob took great pride in his work and his company.

Having worked with many of us for decades, Bob was not just our leader, he was our friend. Over his long and successful career, he mentored many that went on to become leaders themselves. His valuable lessons will live on in their decisions every day.  He will be sorely missed.

For information about the funeral services and remembrances: